Bloat.
It's how we feel after we've had too many bacon cheddar burger and fryrings (fries AND onion rings).
For adults it's rarely fatal (unless you're Kim Kardashian, then it's a life altering event).
For dogs, however, it's often fatal, and many times it's not caused by what they eat, but how fast they eat.
K9 Rocky from Jenkintown, Pa, was rushed to vet when he suddenly became ill.
(Just to be clear - we have a police K9 at home who is also named Rocky, but he does not work for Jenkintown.)
The vet hospital was able to save Rocky - who is mending but is not "out of the woods" quite yet.
As reported by NBC Philly News - the K9 department is run solely on donations and Rocky's health insurance had lapsed 2 days prior to his emergency illness. There is a bill of about 8,000 - which the University of PA is accepting payment on as donations funnel in.

You can contribute by donating a tweet or facebook status to help get the word out, and/or by donating to Jenkintown Police K9 Donation Account, 700 Summit Avenue, Jenkintown, Pa. 19046.

Thank you and good luck Rocky! 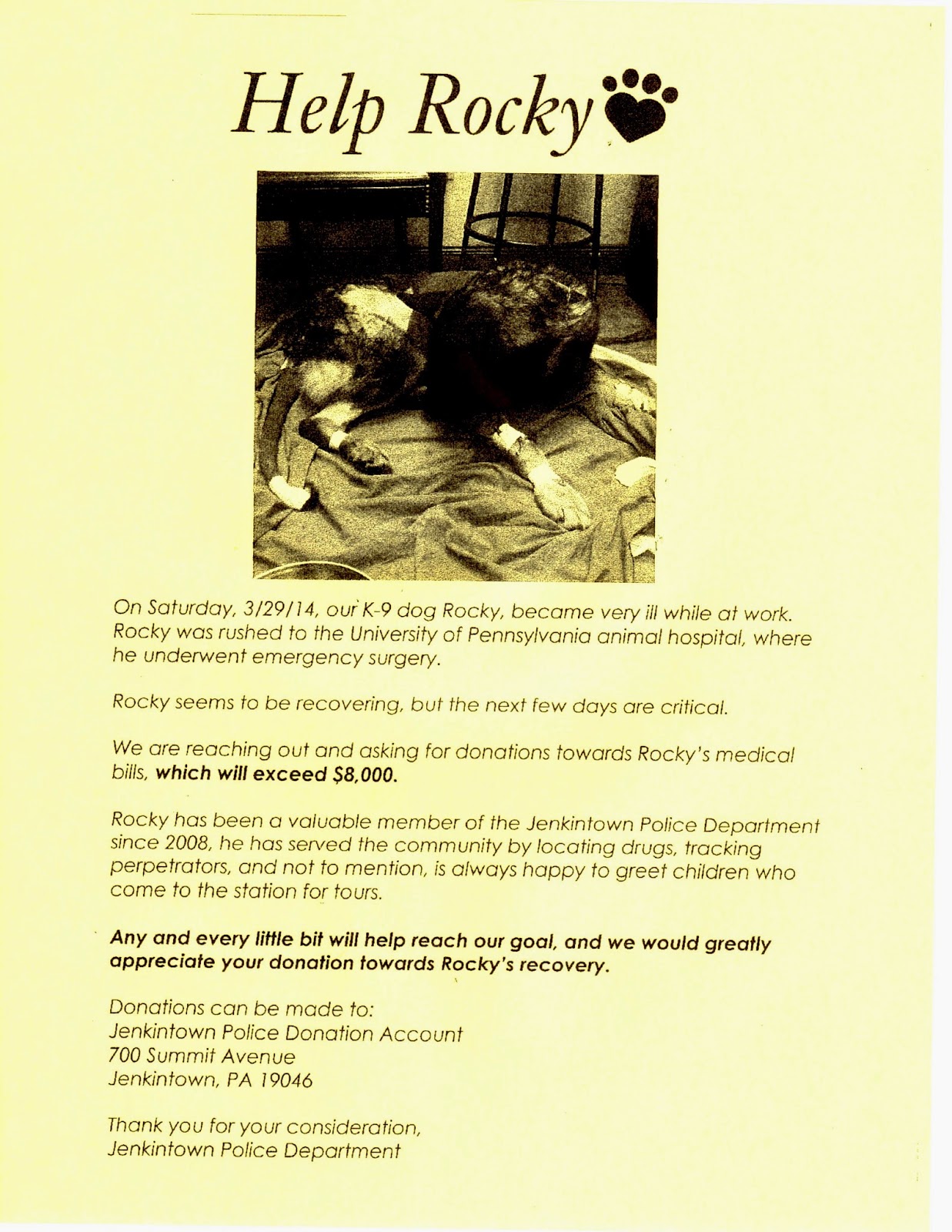