You may have missed this story because of the Amtrak accident in Philly.
On May 12th, Tuesday afternoon, according to Philly News, 4 Police Officers were injured when the driver of a car lost control and tried to run them over.
Rudolph Keitt was the driver, and police ended up shooting him (because he had crashed into a fire truck, other cars, and had hit 4 cops) to stop the threat to innocent bystanders.
Of course, Keitt's family is blaming his erratic actions   on the fact he has a history of seizures and had open heart surgery (last year).
There will be outrage as a medical excuse is used to justify the fact Keitt tried to run over cops.
But let's not forget that if you have active seizures, for the safety of the public, you are not legally allowed to drive. So why was he driving if he is 'prone to seizures'?
Also, Keitt has a long criminal history; Kevin Keitt (his brother) acknowledged Rudolph had an "extensive" criminal history.
Rudolph Keitt's record includes charges of aggravated assault and carrying a firearm without a license in 1991, resisting arrest in 1995, and a drug-dealing charge in 2010. According to court records, he was convicted of the assault, firearms, and drug charges, and pleaded guilty to resisting arrest.

Let's see, if the cops wouldn not have tried to stop Keitt  - he could have killed innocent bystanders, including children, and the cops would be blamed for not stopping him.

Also - who paid for his previous heart surgery? Were his heart problems caused by drug use? If so, who paid for his heart surgery? I hope he used the money he made from selling drugs to pay his hospital bills. There are more people that don't break the law, live a good life, and can't afford life saving surgeries because they aren't 'poor' enough - there are many military vets who have serious medical problems but get ignored - something is inherently wrong with this picture. People talk about 'fairness' - and 'justice' - how is it that a criminal receives medical care while honorable, law abiding, courageous men and women are not only ignored by the Veterans Administration  -but have died from being ignored?

Imagine that Keitt had driven onto the Amtrak train tracks and caused the derailment that happened - what then?
Well, the BEM (Black Exploitation Machine of Al Sharpton and Obama Admin) would have said that 6 deaths and almost 200 injured were caused by Oppression and somehow, they would justify the deaths of the Amtrak victims, claim it will take more government to save us, and erect a statue to Rudolph Keitt.

It's really time to take Martin Luther Jr's suggestion to heart: "Judge a person on his character, not his color."

Keitt's character was one of corruption. Perhaps he was 'trying to get his life back on the right path' - but I won't rush to judge the men and women who risked their lives, and now their careers, because they acted quickly to stop a threat to the public, even though the police have become the favorite villain of the media and the Obama administration.

“There is apparently some connection between dissatisfaction with oneself and a proneness to credulity. The urge to escape our real self is also an urge to escape the rational and the obvious. The refusal to see ourselves as we are develops a distaste for facts and cold logic. There is no hope for the frustrated in the actual and the possible. Salvation can come to them only from the miraculous, which seeps through a crack in the iron wall of inexorable reality. They ask to be deceived. What Stresemann said of the Germans is true of the frustrated in general: "They pray not only for their daily bread, but also for their daily illusion." The rule seems to be that those who find no difficulty deceiving themselves are easily deceived by others. They are easily persuaded and led.”

“What we call our destiny is truly our character and that character can be altered. The knowledge that we are responsible for our actions and attitudes does not need to be discouraging, because it also means that we are free to change this destiny. One is not in bondage to the past, which has shaped our feelings, to race, inheritance, background. All this can be altered if we have the courage to examine how it formed us. We can alter the chemistry provided we have the courage to dissect the elements.”
― Anaïs Nin, The Diary of Anaïs Nin, Vol. 1: 1931-1934

Courage and Character Will Shine Over Shadow 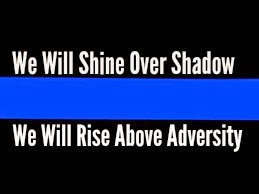 No Justice For Iasha Rivers 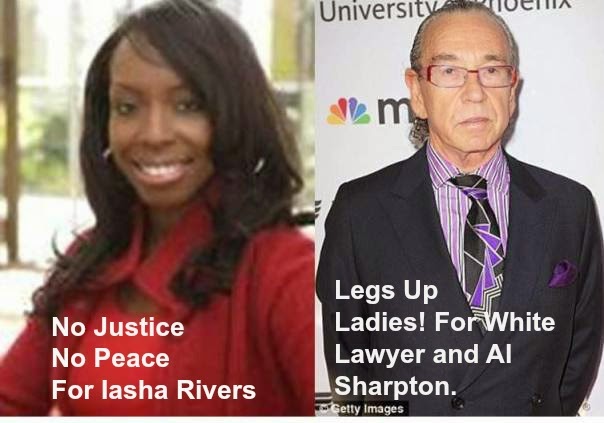 You probably don't know about Iasha Rivers. In 2014, she was an executive for Macy's in New York city. beautiful and self-less, she devoted many hours volunteering for those less fortunate.  She attended a party. She woke up the next morning in a man's bedroom. A very old man. A very rich man. She was bruised and bleeding from her vagina. She didn't remember what happened.
She went home and confided her fear to a friend. The friend urged her to go to the ER - it sounded as though she might have been slipped something in her drink.
Iasha Rivers faced a huge problem. If she accused the old powerful rich man of rape - what would happen to her?
Well, she mustered up her courage and filed charges, as reported by the New York Daily News on October 14th, 2014.  I mean, she was on the board of the National Action Network. Which is about the protection and support of the black community.
Oh, wait, did I mention that Iasha is a young beautiful black woman? The man she accused of raping her is white. Old. White. Rich. A civil rights attorney, as a matter of fact. His name is Sanford Rubenstein. He was actually kicked out of sex club a few weeks after the rape accusation. And a his ex-girlfriend (also black and very young) asked her to have an orgy.
You would think, with all the rage against the establishment, the major news stations would report on this story. Nah, just a few New York papers who aren't afraid of the Al Sharpton machine gun.
Oh, did I mention that Sanford Rubenstein is a life long friend of Al Sharpton?
You would think Jezebel would report on it. They are pro-woman after all. Nah...though they believe women who drink and party shouldn't be 'shamed' if they are taken advantage of...but Iasha Rives? Well, she's black. So I guess Jezebel doesn't think she is important.
All these protests for the rights of black criminals. Male. Black Criminals. But when the  Manhattan District Attorney’s Office said they didn't have enough evidence to charge white lawyer Rubenstein, there was no outrage. No charges of white/lawyerly bias. And Al Sharpton, who makes a living being outraged by white people mistreating black people...nothing.
All the civil rights groups tweeting out support for Iasha Rivers...nothing.
The war on women? If there is a war, it's apparent it's the left shooting us down. Take liberal Linda Stasi, columnist at New York Daily News - who did bother to write about the accusation, and said Iasha was at fault for KNOWING Al Sharpton hangs around with slime balls and Iasha deserved it because she allowed herself to get drunk (what is she didn't get drunk? What if she was slipped a drug and the New York DA is covering up for his liberal buddy?). The hypocrisy of the left is amazing - I hope Iasha Rivers realizes the mistake she made wasn't in believing in civil rights, it was believing Democrats actually care. They don't. They will sell out in a second for the sake of power, money, street cred.
Is it because she's not a man? Is it because she's a smart woman who works and doesn't make a living deal drugs or stealing?
The bottom line is this - Al Sharpton is a dirty, filthy, man who exploits black people, black women, and makes his living inciting hate.
He turned on his employee. He turned on a 'sister' in favor of an equally dirty, corrupt 'mister' - but I guess because Sanford Rubenstein is rich, white is right.
The spiral downward of America and our character, our ability to trust those in charge, lands squarely in the lap of those who "lead" our country.
And the person who 'leads' our country is best friends with Al Sharpton (gee - Obama has young daughters who could grow up to look like Iasha Rivers...)
Al Shartpon, who owes millions in back taxes (meanwhile small family businesses are being locked down and extorted).
Al Sharpton has been accused by Eric Garner's family of exploiting them for his own purpose (money and power).
Corporations have accused Al Sharpton of extorting them for cash in exchange for not attacking them using his "grass roots" protesters to harass them with racism charges.
Corruption clings to Al Sharpton like spider webs in dark corners of a tall ceiling.
Anywhere you see Al Sharpton, someone is being paid off and someone is being bought someone is being bribed.
The mayor of Baltimore welcomed Al Sharpton and praised him. After. of course, she made sure the police did not offend looters and rioters. After of course, she said criminals should be given space to destroy.
We can never know what happened between Iasha Rivers and Sanford Rubenstein. But from the media silence, and more importantly, Al Sharpton and NAN silence's after Iasha River's sexual assault,  we can for sure say one thing; Al Sharpton doesn't care about justice for blacks - he only cares about the color green.
The more division he creates between black vs white, everyone vs cops,  - the more his crony pal's at the White House will be called in to 'control' the chaos.
I don't know Iasha Rivers - but I can only imagine how heart broken she is that a cause she once believed in totally turned against her when she did the right thing.
Where's the justice and outrage for Iasha Rivers?
Well, I guess she'll have to have a sex change operation, sell drugs, steal, and then be killed by a white cop. Because, according to liberal media, the civil rights movement, Jezebel, NOW, NAN, and Al Sharpton, a black woman being raped by a rich white guy is justice.
Hands Up For Al Sharpton - so he can take your wallet. Legs up for creepy Sanford Rubenstein so he can assault you. Eyes down when you see truth - because apparently, it will blind you.

"Hypocrite: the man who murdered both his parents... pleaded for mercy on the grounds that he was an orphan." ~Abraham Lincoln