RWNJ FUNDING - Conservative Crowd Fund For A Cause

Honor Flight - Show Your Appreciation To Our Greatest Generation!

Anyone who knows me knows that attending the homecoming of Honor Flight (Philly) made a huge emotional/powerful impact on my life.

I had watched the  Honor Flight documentary a year prior (maybe 2 years?) and was very moved by the sacrifice of the Greatest Generation. I've watched increasingly as our Military (and those who protect us) has been attacked by media and, more disturbingly, by the present administration in the White House.

What you may not know - is that I've also been concerned that most tech companies are run by liberal leaning owners (yet they sure do love capitalism when it comes to their bank accounts!)

I was really excited when I learned that one (very funny!) local person (who was inspired by a book he read about the story of Twitter) launched a crowd-funding source based on values inspired by moderates/independents/right.  RWNJ FUNDING is a crowd-sourcing platform that rivals GoFundMe and Indiegogo.

People often complain that there is no alternative to lefty social media - well, now there is. And I hope this inspires more people to start facebook/twitter platforms.

I am proud to say I'm the first to give this a try!

And for me, raising money to send WWII Vets on an Honor Flight was the perfect charity to raise money for.

If you have something or someone you'd like to raise money for, please don't hesitate to join me.

Here's my link to donate: https://www.rwnjfunding.com/campaigns/honor-flight

If you recall my frustration (and disbelief) when I discovered that Amazon had deleted my five star (verified purchases!) for Conservative books and one star reviews for Liberal leaning books. Then they took away my "review' privileges because they said I violated something  when I asked WHY -  I wanted proof - they re-instated me within hours (they never act that quickly).

Today I noticed a fake book being sold as Ann Coulter's "Adios America" - Amazon has very very strict guidelines and any self-published author on Amazon will tell you- it couldn't have happened without some help from the inside.

Here's the story when I first discovered Amazon had deleted my political reviews: Amazon Targeting Conservatives?

Publishing is a very very liberal world. I don't think as a whole they are targeting people on the right, but I do believe there are a few people working on the inside who are disrupting and pushing their liberal agenda. 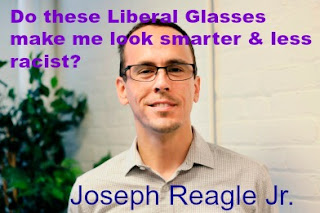 Another liberal barley containing his prejudiced against Conservatives, Preppers, and religious people.
in the book:  " Reading the Comments: Likers, Haters, and Manipulators at the Bottom of the Web"
byJoseph M. Reagle Jr.

Though this book has some great nuggets of information in it (best selling authors who have created sock puppet accounts to go after reviewers or other authors) it doesn't really offer anything that people who have been active in forums don't already know. And I would suspect, for those who don't frequent comment sections (or rarely do) - they would care.
Though Reagle advocated for the right to have individual thought - unfortunately, he writes with bias of one that lives in the tower of academia. He can hardly veil his contempt for Conservative values as he describers "Preppers" as White Christian Conservative Males and gives an example of ONE man who allegedly has placed a gun in his 5 year old sons' bug out bag. Like Rachel Dozell, the Rolling Stone Magazine college "rape" story, it's difficult not to know if this video described by Reagle is an actual person, or a person that is an activist with the intent of dehumanizing truly independent thought.
I don't know many preppers, but I do know there is a "prepper" in the Amazon Vine program (or was...) and she is young, beautiful, and never brings religion up in any of her reviews.
And what if people are religious? Is that unacceptable? And why is it okay to make a blanket statement that "preppers are white male Christians" - that is like saying "terrorists are mostly black male Muslims" -
Most of the 'hate' directed at women online (I speak from experience) is from white male liberals who self-identify as atheists. This was mentioned in the book, except for the 'liberal' part.
Reagle also pointed out the Republican owner of a restaurant who was "flamed" on Yelp after hugging Obama who stopped in at his restaurant.
Reagle at no time points out all the horrible comments made to black conservatives like Ben Carson, Star Parker, Mia Love. He doesn't talk about the outpouring of hate for Ted Cruz or Mark Rubio.
He doesn't talk about the hate that Stacey Dash goes through, and did not mention one peep about how is attacked like a the guy who walks into a Sugar Addict meeting carrying free donuts.
This is a one sided narrative falling in line with collective thinking - offering nothing new.
An odd thing is - this book is being offered for free in the Amazon Vine. People who 'get things' in exchange for reviews often rate the product higher in order to 'rank up.'
So Reagle, himself, is trying to manipulate his ranking.
It's common sense people.
And at 15.00 bucks in the Kindle store - Reagle is obviously a great fan of capitalism - unless, of course, he plans on donating to the Hillary Clinton "Help Bring Back My Emails" campaign.
Not worth the value at 15.00 - maybe 2.99.

These are my Kindle Highlights which show examples of his pigeon holing of people on the right and religious people:

when Barack Obama visited a Florida pizza parlor. When the owner, a registered Republican, made the most of the visit by endorsing and embracing the president in a bear hug, the owner’s Yelp page exploded with hundreds of partisan, nonpizza-related comments.Read more at location 1066   • Delete this highlight

I thought White Privilege complex couldn't get any worse than Spinster: Making A Life of One's Own.
However, it does get worse when Aspen Matis opens her book with (Chapter One) - "I lived my first eighteen and a half years in a white Colonial in the idyllic town of Newton, Massachusetts."
Well, from there on, it is a tale of a very spoiled elite white girl who invites a guy to her freshman dorm, he has sex with her. She claims she was unwilling, and even though she was unwilling, she invites him to spend the night.
The college refuses to find her alleged rapist "guilty" because it is a he said she said and also, there is conflicting evidence  (Mattress Girl anyone?) that she was more than willing.
Aspen then goes on a hike to prove her independence (funded by her family, of course), and meets, falls in love with, and marries a man she meets 10 days into her journey.
Well, so much for independence.
She consistently lashes out at her parents (who have provided for her).
It is hard for my to find any sympathy for a spoiled rich girl who willingly lived off her parents all the while throwing her middle finger at them.
I find it hard to believe her story is not simply a "LOOK AT ME" attempt to make money (capitalism! Horrible until, of course, you seek to profit!)
off a false narrative "WHITE GIRLS IN DANGER OF BEING RAPED ON CAMPUS."
Rolling Stone ran with an outright made up story of a rape on U of Va campus. Jezebel was all over that. The news (run by liberals) all over that.
Then months later, it's discovered it was all a lie. And not a peep from the mainstream media. Not a peep from Jezebel.
White girls being raped on campus - horrible!
But black girls being raped by privileged white men? Silence.
Jezebel hasn't mentioned Iasha Rivers. Liberal media hasn't mentioned Iasha Rivers.
And in the mean time - rich, elitist, (sorry I'm white but I'll take my parents money, I don't need a man but I DO) Aspen Matis scores a bookdeal about her traumatizing torture (I jest) of being "forced" to have sex.
All theses liberals in NYC - on the east coast, waxing poetic about the horrible racism in America, yet they reward liberal white rich chicks who profit off of a one night stand - and yet when a very beautiful young black woman goes to the ER because she is BLEEDING from her woman parts - after waking up in the home of a wealthy white lawyer after a party for Al Sharpton - you have liberal white female reporter for the New York Daily News writing a column saying that Iasha Rivers basically deserved it because "if you lay down with dogs you wake up with fleas."
Wake Up America. True racism? Look at the liberal world of publishing. They freely give money to their "own" (white privileged girls) and turn their backs on true victims (Iasha Rivers).