Eliza Starts A Rumor is a great book. The characters and story lines were so interesting that it only  took me two days to read. The story centers on a few women in a suburb outside of NYC. It touches on our present day social media boards (Facebook) and how damaging it can be. A series of women become connected through a rumor on this board, and it has devastating effects. There is a silver lining among the dark clouds for all the women, and by the end, through courage and strength, all the women are on their way to flourishing. 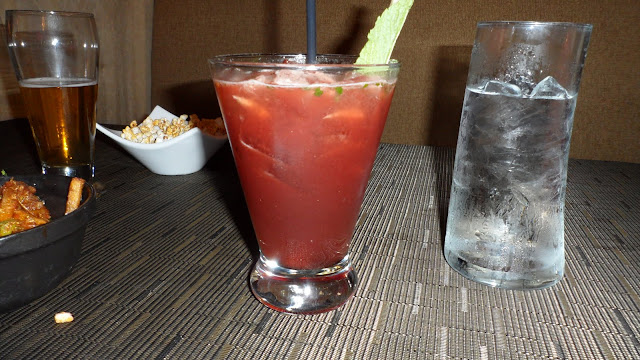 Wuhan Strikes - Live For the Moment or Plan for The Future?

It all feels just so...end of times.
This Wuhan Cornoavirus Covid19 (or, to be honest, a really bad case of the flu) is crazy.
On late Thursday night, March 12th, I learned that Macy's (where I'm working) would be shutting down starting Friday the 13th (the unluckiest of days) and will hopefully reopen on March 28th.

Would we be getting paid?
The stories varied from "people leaders" to what we were reading on the Macy's online employee portal. One said we'd get paid for the first day of closure if we were scheduled to work. Our "people" leader said something different. Then we were told we'd be getting paid for 3 days of work out of 5 days of work the following week.  Zero mention of pay the second week.
That has since changed and now our online portal tells us "it's all under review."

Literally I feel every time I get so far in life (money saved, bright skies on the horizon) BOOM! Back to square one.

At times I feel like: What's The Point? and I revert back to that girl - fifteen years ago- that lived for the day, the moment, the fun, not the future.

I practiced what Tim McGraw said, "Live Like You Were Dying."

It took me quite a while to change from an impulsive life to thinking toward a future life.

Until one day I found myself saying, "Cake today? No way. I love my skinny jeans that I found at a thrift store for 5 bucks!" Ah- that was discipline. Thinking of the future. Not the moment.

My life has always been one of changes. As a Military Brat I was accustomed to moving. To adapting. Then we lived for a whole 8 years in one place...and to be honest, toward the end there, I was bored.

My parents thought I'd take it the worst when they announced we were going to move. I was headed into my junior year in highschool, had a close group of friends, and had a collection of posters on my wall that took me forever to get "just right."

I took the news well. My brother, 8 years younger, was the one that was upset. He had never known change. He'd lived almost his whole life at our house in Illinois.

Off we went though, and my next 21 years would be a series of changes, chaos, and there were as many beginnings as there were endings. The only constant in my life was change. Even after having children, you'd think they would tether me. The only thing I could tie myself to was the father of those children who worked really hard and drank even harder.
We were far away from close family. And to be honest, I didn't really understand what it was like to have close family. Though my mom and dad came from large families, respectively, my parents left the small town they grew up in because of "narrow minded" "gossip mongering" relatives.

My parents spoke very little about what actually went on but from what I know, my dad came from a mostly blue collar family, was a bit of a hell raiser, and didn't practice the same religion as my mother's side of the family. My dad was also a "grease monkey" and apparently, not good enough for my mom.

Anyhow, most of the changes in my life came from me, an internal struggle. It came from the different messages I received growing up. Something not working? Adapt. Move on. Move.

I was taught that speaking up against wrongs were noble. And then promptly was vilified for speaking out. I have to say, it didn't really stop me. Though because of speaking out,  I've had to adapt, move on, and move.

And then I reached an age and settled down with a partner and have spent 15 years in one spot. With one man. I've lived long enough in one spot to own a collection of bakeware, recipe books (though I'm at a time of my life I'm paring down), and Christmas decorations.

Life prior to the last 15 years was one in which I knew to never really invest in THINGS because I had a poor picker in men. The one really nice guy I married was TOO NICE, too predictable. However, his ex-wife was one sneaky cocksucker, and he hated dealing with her and I hated him being taken advantage of.
After that marriage ended, I reversed and picked a guy who was the best present giver ever, but also a cheater, drug addict, and abuser. And then just when I swore off guys, the next guy comes along and he's a variation of good and rebel. He is totally opposite me. Though he has a job that thrives on chaos; in his life, he has a rhythm. He has habits he rarely changes. Part of what keeps me staying is: I can't figure this guy out.
Part of what keeps me staying is...wanting to not give up on something.
It's totally romantic when Zac Brown sings about his gypsy soul and how he was born for leaving.
And of course, Eric Church's version of Bob Seger's Turn The Page is angsty and the only thing he's not giving up is the road no matter how exhausting and ugly it is.
The culture I grew up in (and still exists today) is: If you don't like it, change it! You can be anything you identify as! Hard work doesn't pay off unless you happen to have been a  NAVY SEAL, lift weights, and do a Podcast.

I'd been trying to find that steady. I'd lived the majority of my life in a cloud of chaos. As a youngster, understanding not to get too invested in the view outside my bedroom window, because it could change in a week, and often did.

As a young adult - maybe I thought that having babies would give me that sense of stability I'd never seem to find. But dang if I couldn't help being who I am and not putting up with a drunk abuser.

And though kids are the greatest joy, if you don't have a firm landing place, if you don't have safety nets, you can easily find yourself behind the eight ball. And that's where I've always been.
I've always felt I'll never get out of this hole. I'll  never know the feeling of living without worrying about money. I'll never know what it's like to buy a house in my name. I'll never have my own house where I can invite people over, family over. I might end up on the street one day. All it would take it one shoe dropping.
I've tried everything...I've tried leaving, moving on to a better job, better area. Staying. Even if I'm unhappy, stay and make it work. I've tried making good choices. I've tried making better choices. I've tried working hard. All working hard got me (when I worked for other people) was more responsibilities. Especially when you work as a part time person. You'll receive more hours, but none of the benefits that come with it.
I've tried hardly working. Hardly working seems like money for nothing, but in all actuality, for me, it tarnishes my soul. I like to feel purposeful. I like to feel proud of my work ethic. When a company treats its' employees like bodies and not like humans, I still find myself actually working simply because it's not worth the heaviness my soul will eventually drag my spirit and my self worth down.
Back to the Wuhan Virus.
I'd had some money saved up.
I actually bought a NEW PURSE and not from a CONSIGNMENT shop. Granted, the purse cost 22.00 (but it was originally 108.00!). I waited weeks before buying it. My daughter, when I first showed it to her when it was sitting on the shelf, said, "Oh, that purse is SO YOU." And then later, a co-worker said the same thing: "It's so you!" And so, I treated myself. I was getting more hours at work while a co-worker was on leave for a few weeks, I had a tax refund, my car (knock on wood) hadn't required an emergency service for a month or so. I was feeling SO CONFIDENT I even took advantage of cheap airfare to Nashville and bought a 70 roundtrip ticket. The last vacation I took was 2013 - 7 years prior. And that was paid for by my husband.

And now, here I am again. However, this time, many people join me. Our country is thrown into chaos over a flu. A flu.

Part of me wants to get drunk, eat chips, and sing - that live for the moment girl. The other part of me says: Two weeks off? Time to GET STUFF DONE. I feel fine (so far) - use this obstacle as an opportunity.

It will be an inner battle. Maybe my lot in life is to just always be behind this eight ball. It could be so much worse. And the one thing I've had plenty of experience in - is chaos. Instead of treating it like an enemy, I should welcome it,  and let it drive me forward.

I still would really like to get paid by Macy's though.

After She Wrote Him by Sulari Gentill

After She Wrote Him : Author Sulari Gentill available April 7, 2020:

This is a fascinating book that, at times, does become a tad confusing. An author creates a character who is himself a writer, who then creates a character after the author. Sound confusing? At times, it is. However, each "world" is interesting and each chapter had me hurrying on to the next one. It does all tie together nicely and this is a fresh, creative, thriller that is deeply inviting and shuts the real world out.