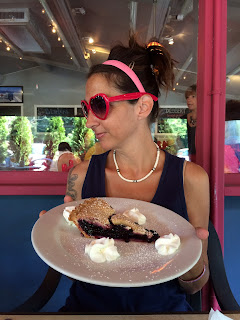 My dad's name was Bob, though his family lovingly referred to him as "Joke" because he was always making people laugh.

My dad died far too young (age 50) after being diagnosed with ALS at age 48.

I'm very sorry I didn't listen more to my dad and listen less to Madonna and Cosmopolitan magazines which promoted the idea that virtue was for prudes and having no morals was "liberating."
It was a really confusing time to grow up, and if I could live it all over again, I'd listen to my dad.

Other than that, I picked the website name because Bob is a classic name, and SorryBob.Com is easy to remember.

My dad would be relieved to know that I finally GET what he was trying to tell me.


We are all worthy of happiness.
Happiness comes from freedom. Freedom comes from Courage, and Courage comes from believing in yourself (see how that circle works?)
Exploiters are replacing our backbones with wishbones and selling salvation in order to dis-empower us and create a culture of dependency and division.

My dad believed in community, not disunity.
He didn't live long enough to see the power of the internet (I'm not sure he'd like it) but I  believe we live in the most powerful time in history where we can be HEARD and not HERD. If utilized correctly, the internet can empower us.
I believe people who dare to care about freedom, about happiness, about each other will wake up, stand up, speak up and expose those who prey on innocent people.

1.Apathy limits opportunity; awareness and action limits the opportunists.
2. Knowledge is power.
3. Actions speak louder than words
4. Keep It Simple - unless you want to confuse and dis-empower people, then make it as complicated as possible.
5.  Chase drinks and dreams, not people.
6. The Only Free Cheese is in A Mousetrap
7. You teach people how to treat you.
8.  Happiness, Not Helplessness.