Peruzzi Toyota Is (in my opinion) Dishonest 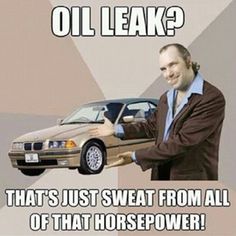 Peruzzi Toyota  in Hatfield sold me a used 2005 Lexus ES 330 for almost 7,000 in the spring (4/30/19) A few months later (less than four months!) when I went to enquire about leasing a new car and trading in the one they sold to me, they valued the car they sold me for 2,000!  The General Manager, Frank Miksit, never replied to my email that thoughtfully listed my concerns and asked how we could resolve the issues. The sales guys did every sneaky sales trick you're warned about: Leaving you in cubicle. Keeping your keys, making you wait for them, then giving you a YOU'LL STILL SAVE MONEY lower price (but not near the one they said they could get you during the first HOUR). Luckily they have a Peruzzi plate on my car and I'm decorating it with lemons. In my line of work I talk to many people a day and have been telling everyone to stay away from Peruzzi. They brag about their "community service." Most companies that are busy trying to look compassionate do so because they don't want people to realize they are no better than politicians. So frustrating.

I thought I did my homework prior to picking out the Lexus. I'd test drove different cars at different dealerships.
I went twice to Peruzzi in Hatfield to look at (and drive) the Lexus.
The Car Fax was good (better than history than the other cars I had considered) and the salesman assured me  the Lexus ( really, just an elite Toyota) is built to last and though the car had 128,000 miles on it, it ran well and I could easily run it to 180,000 if not 200,000 if I kept up with maintenance.
I had driven a 2003 Pontiac Grand Am for almost 12 years. The Grand Am FINALLY would not pass inspection due to all the rust.
The Lexus drove like butter compared to my Grand Am. It even had heated seats!
The sticker price was 6,416,00.
Neither my husband nor I haggled on the price (WHAT A MISTAKE).

Well, I drove it off the lot and realized when I was driving home the rear left window did not work. We bought the car "AS IS." Maybe it was bad circuit? Nope. Turned out, it was fine. A search of my car and "complaints" showed that a few owners had the broken window problem, and could not locate the problem though they'd paid a ton of money to find out.
Ok. I took that on the chin. My bad for not testing all the windows prior to leaving. Then the next day, driving in the light of the day (it was evening when we bought it). We noticed two small cracks in the windshield. Sigh. Again. Took it on the chin. That's what you get when buying used, even though it was marked a few thou above book value.

THEN, one morning the car just shimmed and chugged. The engine light was blinking. Lucky, I was not far from home, and parked it. Called nearest mechanic I trusted. Long story short, all 6 spark plug clips had been broken and GLUED back on!
He fixed the 5th plug that was causing us the misfire, however, I couldn't afford to get the other 5 fixed. I took it back to the dealership that sold it to us. Decided getting into a lease might be more my style...no surprise mechanic visits. I was going to give them a chance to make it right. Well, again, my head must look like a lollipop (SUCKER) because they wanted to charge me almost 500 to lease a CAMRY and valued my Lexus at 2,000. If you read their negative reviews on line, they promise to "make it right" but they certainly do not. SAD. At this point I'd rather visit my GYN than step inside an auto dealership. And the more I visit dealerships, the more frustrated I become with all the games.

Hopefully my Lexus will last. I will win the powerball. And I will do all I can to avoid stealerships.


In the summer of 2017, one of my oldest friends and former EMS partner, Darin Daley,  (who had since gone on to become a cop), wanted to know how he could "gift" my book Girl Medic to a female co-worker that he also happened to be seeing secretively.

Darin had never cared about my book before, other than reading it and calling it good. He never left a review for it or tried to get anyone else to buy it.

It didn't take me long to realize that he wanted her to read it because there were many stories about Darin throughout the book. I had warned Darin many times that the co-worker he was interested in was leading him down a wrong road. And that he should be old enough and certainly wise enough to understand.

Unfortunately, Darin was arrested twice in the year 2018. Spent some time in jail. Though I knew his flaws, (we all have them, believe me, I'm not perfect), I did not ever imagine that his flaws would over-take his common sense and that he'd lose everything.

This is an updated version of Girl Medic. You'll find the story of Darin's  shocking, sad, unraveling in the last chapter.

I tried to a year to help him. But it's impossible to help someone, when they do not want to help themselves. I'm sure there isn't one person that knows Darin that isn't pulling for him to rise from the ashes, leave toxic situations behind, and take his skills and put them to good, productive use.